Sandals don’t stay on when you sprint. I had no idea how much running I was in for last Sunday once everyone left the church. Nor did I expect actual flames.

Last week I invited you to join me in wearing sandals or shoes that you could easily remove during worship. We read the story of Moses before the burning bush, hearing God’s voice, “Come no closer! Remove the sandals from your feet, for the place on which you are standing is holy ground.” (Exodus 3:5).

After worship, just as I was getting ready to leave the parking lot, I heard an ominous, ear-splitting screech and then explosive, glass-shattering crash. I knew it was, yet again, another accident on Harrodsburg Road.

But this one didn’t sound like a fender bender. It wasn’t.

When I crested the hill in front of South Elkhorn, I saw two smoldering trucks in what appeared to be a high-speed, head-on collision.

I joined 20-25 other people pouring from their hastily stopped vehicles, running shocked and concerned toward the wreckage.

I didn’t realize then, but I was on holy ground.

A flame burst from one of the trucks. Two brave souls resourced an ax (from where, I don’t know), broke the glass, and began searching for how to remove the trapped drivers in each vehicle. A doctor cautioned not to move the drivers but to wait on first responders. Moving them could cause further damage to their already injured bodies.

A brief pause. What do we do?

The smoke began to grow. One of the men said, “we don’t have time, there’s going to be a fire!” The doctor looked at the man with the ax. He nodded, and the men began to jerk furiously on the doors. They asked if anyone had a fire extinguisher to buy them more time. I yelled “the church does!”

I sprinted. Sandals flew off.

By the time I returned with the fire extinguisher it was too late to stop the flames.

The trucks were engulfed and seconds from exploding.

But it was holy ground.

The brave people who broke the glass heroically extracted both drivers from their vehicles, lifting them through windows and carrying them with others to safety.

A noticed a quiet, determined young woman who was stabilizing one of the drivers. She stayed with him the entire time, holding his head even as the first responders worked on him and ushered everyone else away. Later I asked her if she was a doctor or medical professional. She said, “I’m a welder. I just started training with OSHA.”

Holy ground. I could almost hear the sound of Moses’ voice (“I’m only a shepherd, but I did stand up to the Egyptians once”). We don’t always realize how God has been preparing us for the unexpected, equipping us in odd and wondrous ways for a life-saving moment.

The driver with the young woman was conscious. In pain. And begged for a mask. I gave him the fresh one in my pocket.

I ran back to the church and returned with a cart of bottled water and masks sewn by church members.

One of the big, muscle-bound first responders didn’t have a mask and needed to work near the face of the now-masked driver. I gave him the one on top of the pile. Later his first-responder buddies thanked me for the pink, floral-printed mask I (unintentionally) chose.

The church provided waters and masks to the unexpected heroes and first responders who saved two of God’s beloved that day.

Flames. Bare Feet. An unexpected call to act. How could I describe it as anything other than holy ground.

As I pushed the cart with waters, masks, and a fire extinguisher back to the church, I felt the blisters forming on my bare feet. My sandals were somewhere near the wreckage. I’ll get them later.

Holy ground hurts. But it’s worth it.

PS – We are planning to gather for outdoor worship again this Sunday (9:30 AM). Of course, rain and storms might derail those best-laid plans. And, if so, you can share in zoom worship at 9:30 AM (the instructions and links are available each week on the website). Zoom worship will reflect what was planned for our outdoor service (prayer, song, scripture, communion) and offers you a chance to see the faces and hear the voices of our church family. I will record and release the sermon separately following the service, which you will then be able to find on the church website, podcast, or social media.

A Letter on Sabbatical 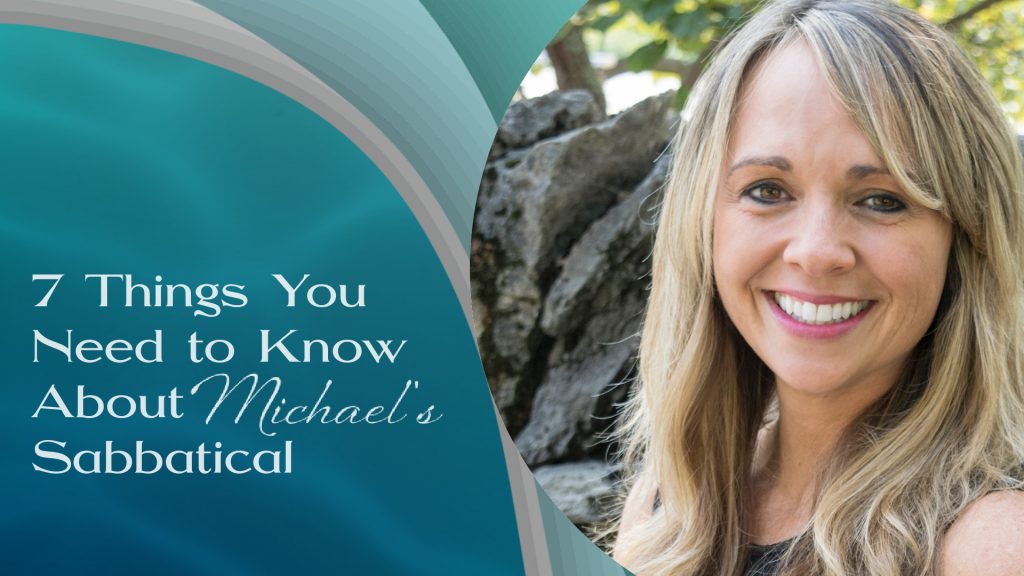 7 Things You Need to Know About Michael’s Sabbatical 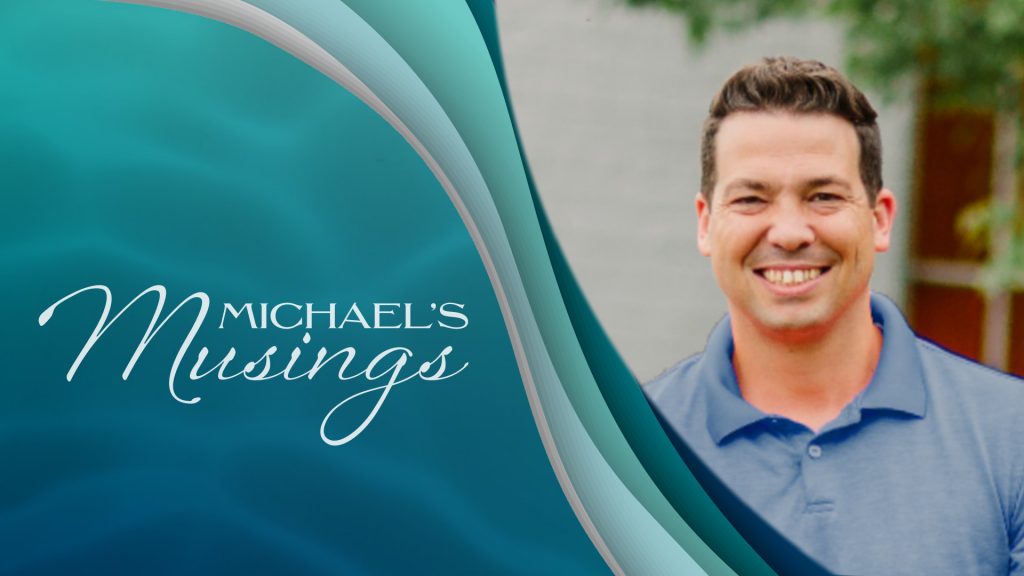 I’m so excited to welcome Rev. Dr. Jim Abernathy to South Elkhorn! The Cabinet (South Elkhorn’s governing board), with recommendation from the Sabbatical Team and Personnel, unanimously voted to call Jim as Interim Sabbatical Minister for this summer (June 1 – August 31). He will be joining us for worship on May 22 and I can’t wait for you to meet him! 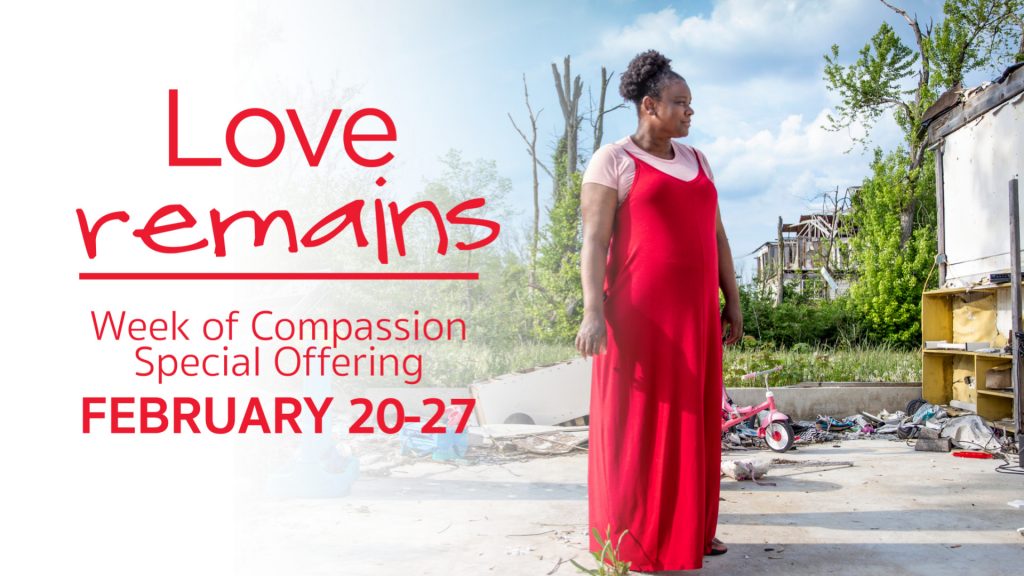 How Long is Compassion?

It’s long-lasting and long-reaching. Week of Compassion is the relief, refugee, and development mission fund of the Christian Church (Disciples of Christ). Learn how your gifts make a difference. 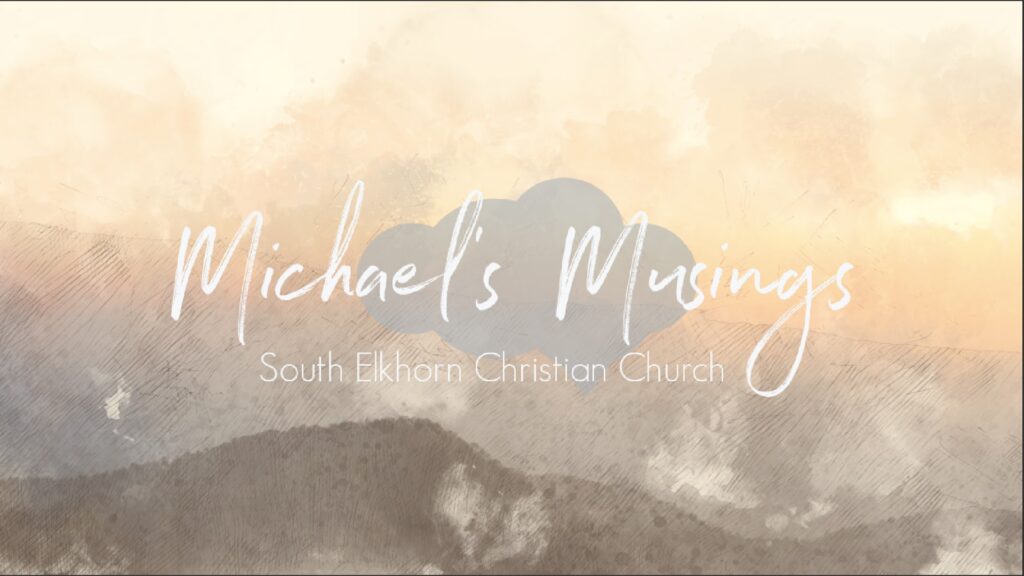 Words that carry us 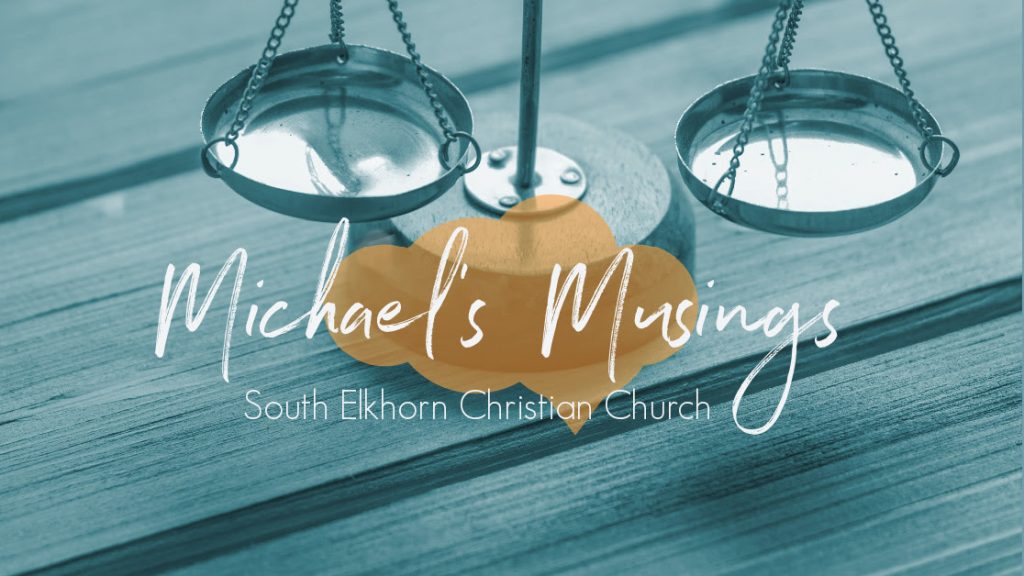 It seems everyone wants to be more authentic. Jesus points to a challenging counter-intuitive path with a surprising detour through denial. 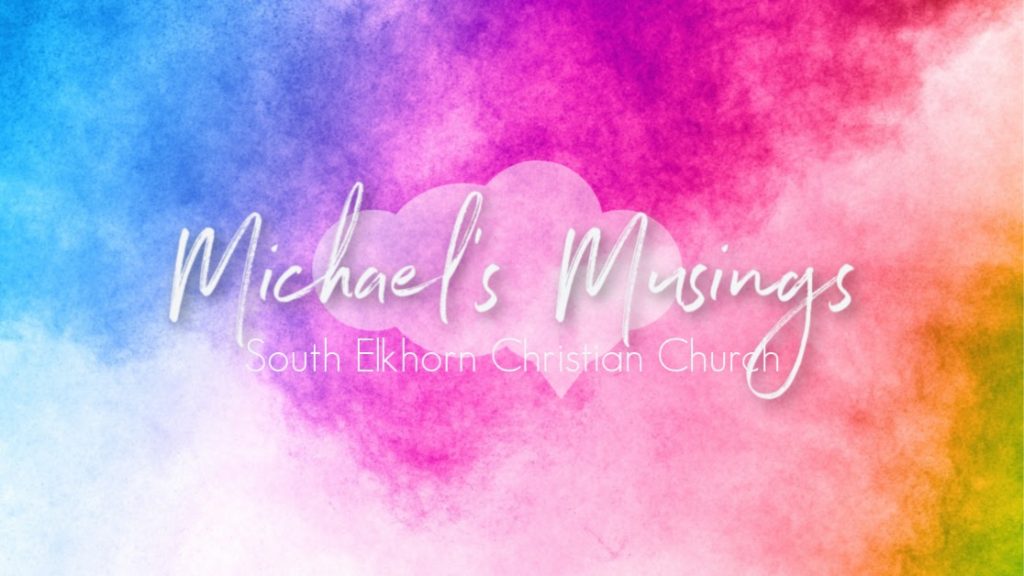 Growing up, "whiteness" was mostly invisible to me. I knew that I was white, that others were not, but I mostly didn't think about race. And if I'm honest, when I did think about it, it made me really uncomfortable. I quickly retreated to "colorblindness" (choosing not to see race, and pretending race had no impact on how I treated people). Maybe that's why I still remember when I was shocked by "whiteness"... it was when [...] 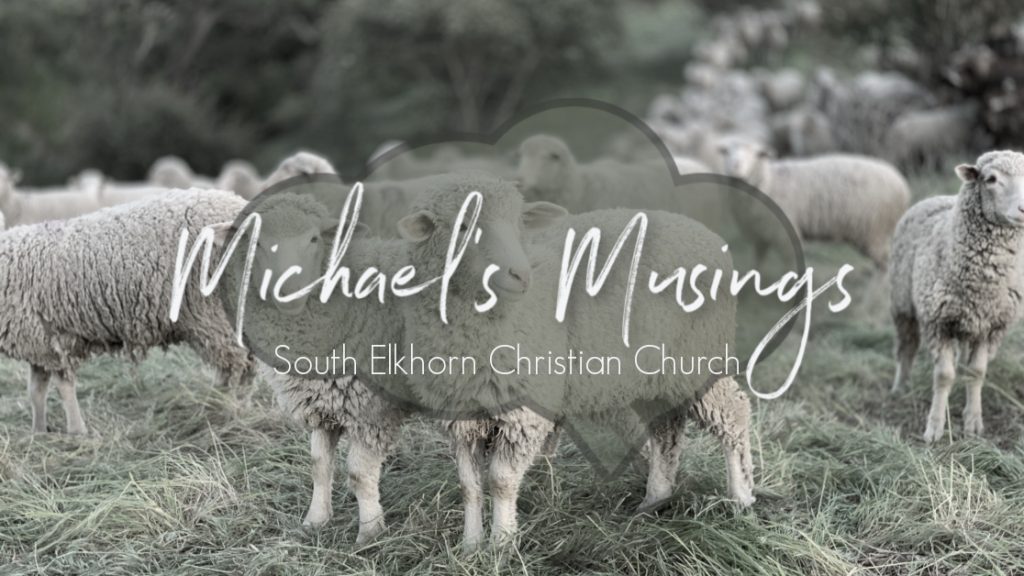 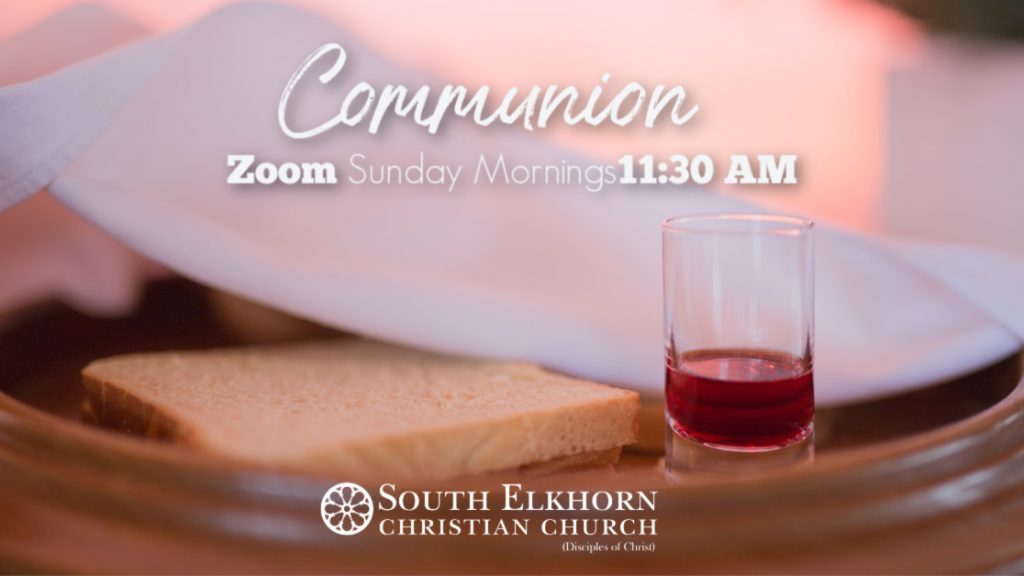 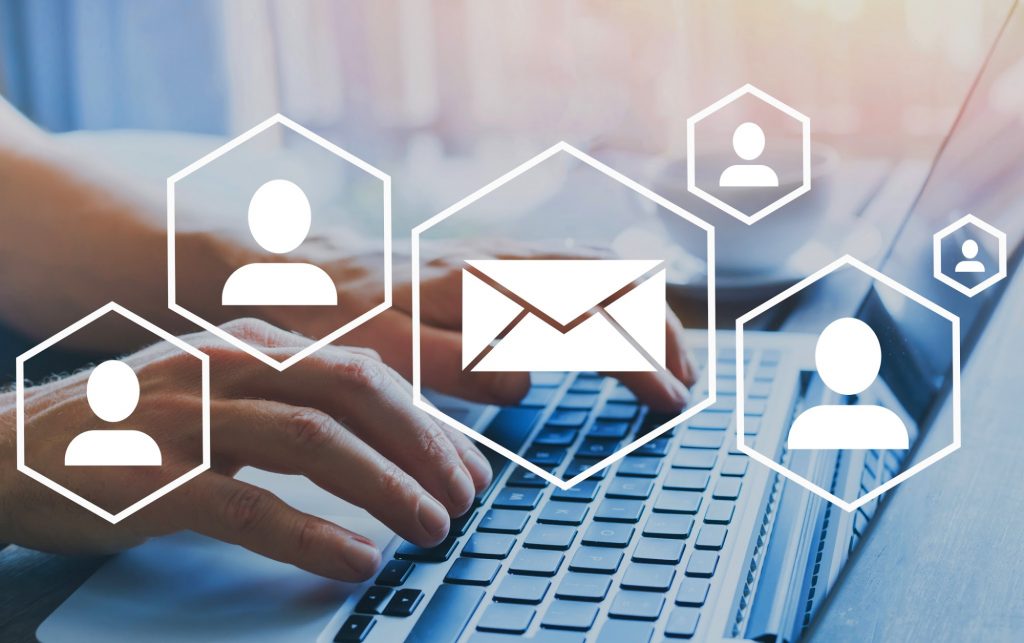