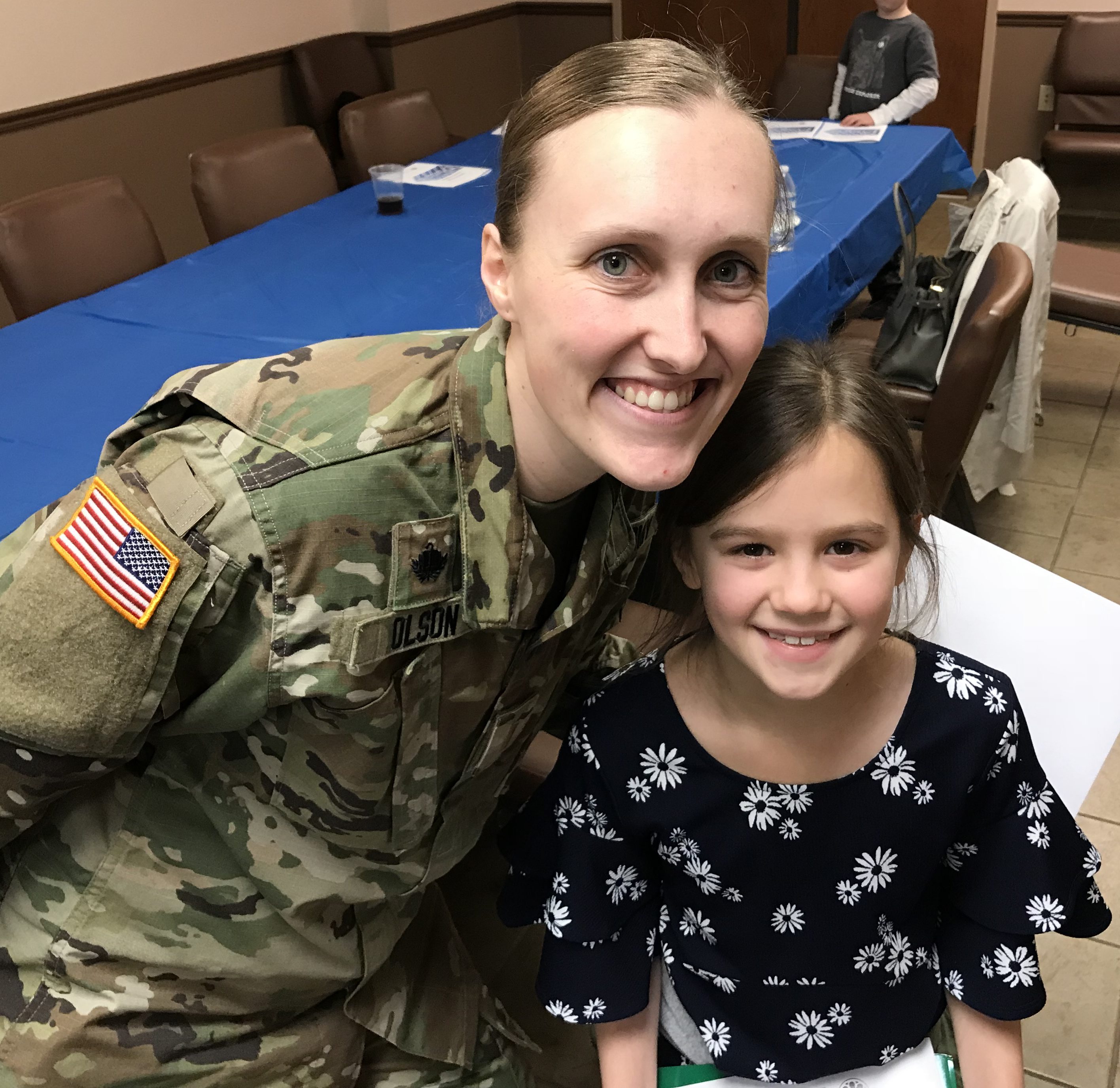 BE BE BOLD, BE BRIEF, BE GONE

Callie Olson serves as South Elkhorn’s 2018 Student Minister and is a 1st Lieutenant and Chaplain Candidate in the U.S. Army Reserves. The following blog was first published for the Academy of Preachers based on her experience preaching and ministering in a military context.

Before I begin I want to preface this article with this: my experience with preaching in the military has only been with the Army. Preaching for those who serve in the Air Force, Navy, Marines, or Coast Guard may look slightly different than what I am going to speak on today. I felt called to military chaplaincy while sitting in my dorm room as a sophomore in college. I thought I was either crazy or having a premature mid-life crisis. The only exposure I had to the military was through a close family friend and my grandfather who was a World War II Veteran. Needless to say, when I raised my right hand and took my oath of office on May 15, 2016, I had no idea what I was doing. I am thankful for the mentors that have invested in me as a young lieutenant and the instructors at the Chaplain School at Fort Jackson, South Carolina who have led the way.

Be bold, be brief, be gone. This phrase has popped up in various places since I started working as a chaplain candidate. I was not sure what to think of it the first few times I heard it. I was used to attending a church where the sermons were 30-45 minutes. They were certainly bold messages but, brief? Never. The first few military chapel services I attended were in a training/field environment and lasted about 25-30 minutes. That’s right, the whole service that included singing, communion, prayer, Scripture, and a homily was no longer than 30 minutes. I’m sure some of you are asking a question somewhere along these lines; “So, if I only have 30 minutes to do an entire worship service, how long is my sermon?” My opinion (some chaplains may say otherwise depending on the context) is ten minutes, maybe twelve, but
anything beyond that is too much.

Once every six or seven days you as the Chaplain have the opportunity to influence the lives of your Soldiers in the context of a chapel service. Those Soldiers have decided to give up 30 minutes of their time, which is precious, to come and listen to you. You will do them a great disservice if you fail to tell them about Jesus and share the good news of the Gospel with them. This is the best piece of advice I have received during my time as a young lieutenant and I will not soon forget it. There may be a Soldier who has never stepped foot in a church building or your chapel service. All it may take is a small need for hope to get them into your chapel service. Be bold in your proclamation of the Gospel message.

Like I said before, your message should be 10 minutes and never more than 12 minutes. My second piece of advice when it comes to being brief; have a manuscript. Sometimes preaching from a manuscript can be difficult, especially in the field. However, if you take the time to type or write a manuscript you know exactly what your message is going to be. With that manuscript in mind, I would also encourage you to come up with two to three action points that the Soldiers can take away from your message. Give them ideas of ways they can continue to grow in their faith outside of the chapel service, and also allow space within the chapel service to reflect on those things.

Always, always, always make it clear to the Soldiers that you are available outside of chapel time to talk with them. But once your message is done, let them be on their way if they have somewhere to go. Do not keep them longer than they can stay. This is especially true in the field where there is a high operation tempo, and in the Reserves. Soldiers in the Reserves have a month’s worth of work to accomplish within a couple of days. Be present, but stay out of their way.

The message of the Gospel is crucial to your mission as a Christian Chaplain. Be bold in proclaiming that message. Be brief in that proclamation because time is of the essence for the Soldiers you will work with. Be gone. Once your message is over, give them tangible ways to move forward, let them know that you’re always there for them, and let them be on their way. I am by no means an expert on preaching in a military context. However, I consider it to be one of the most sacred things I do as a Chaplain. I truly believe that if I stay true to the motto, be bold, be brief, be gone, God will work through those ten minutes to give the Soldiers the message they need to hear in that moment.

I look forward to sharing more of my preaching experience in the military at the 2019 National Festival of Young Preachers in Atlanta!